Ibéxico is open Tuesday through Sunday and located in the back of Mad Oak Bar n Yard in Oakland, CA. Created by the chefs behind critically acclaimed Spanish restaurant La Marcha, Ibéxico specializes in the fusion of traditional Spanish and Mexican cuisines. The name is a mix of the words Ibérica, referring to the Spanish Iberian peninsula, and Mexico.

Mexican and Spanish cuisines are so intertwined that there are many common grounds found in both foods.Instead of leaning in on those similarities, we at Ibéxico look at the extreme differences and fuse those in unique ways. From paella-burritos to mole croquetas, we have unique creations that will transport you to both countries. 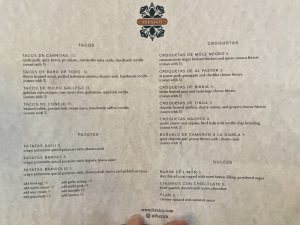